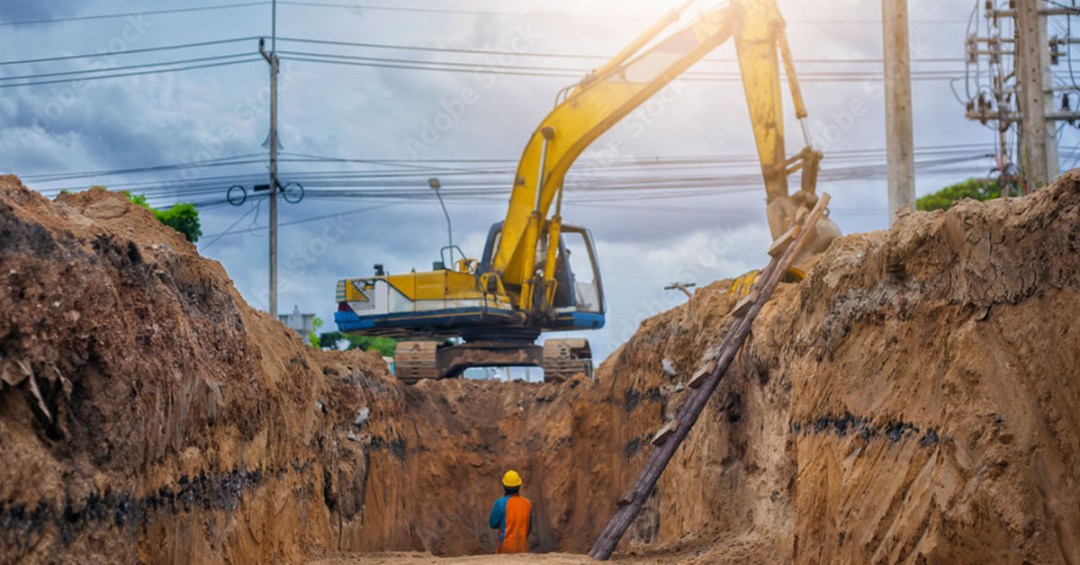 Carlos’ Law, a bill that would dramatically increase fines issued to construction companies found liable for worker injuries or fatalities, has passed by Legislature.

In the wake of an untimely (and entirely preventable) death of a young New York construction worker, a long-halted bill has now gained traction and stands to redefine the repercussions for construction firms found criminally liable for incidents.

According to Michael Hellstrom, business manager for the Mason Tenders District Council, this bill is not aimed at penalizing the average general contractor or construction manager, but rather, “this bill is targeted towards the rogue developers and the nefarious operators that are out here in the construction industry that would put profits over life.”

Read on to discover the history of Carlos Moncayo, what Carlos’ Law is, what it means for general contractors and construction managers, and tactics that construction firms can use to prevent the hefty fines associated with this bill.

Who was Carlos Moncayo?

Carlos Moncayo was a 22-year-old construction worker who lost his life in a construction-related accident on April 6, 2015. Moncayo was working on a construction site located at 9-19, Ninth Avenue in New York City, where an unsecured/unfortified 13-foot trench collapsed, causing Moncayo to be crushed under thousands of pounds of soil.

New York City regulations mandate that all trenches be fortified as soon as they exceed a depth of five feet. The Foreman on duty, a man named Wilmer Cueva (of Sky Materials), and the site manager, Alfonso Prestia (of Harco Construction), had been repeatedly warned of the violation and the danger it presented. In fact, Cueva was issued a warning by an inspector the day of the incident, just two hours before the trench collapsed. He neglected to make any changes to the state of the trench to protect his workers. A report on the day of the death also outlined that the job was behind schedule and that work on-site appeared quite rushed.

Prestia was issued the same warning and two hours later, he ordered workers to clear the area. However, he issued these instructions in English alone, when most workers on the site spoke only Spanish and continued working. Shortly after, Moncayo was killed.

View the pictures below to understand what proper wooden or steel trench fortifications look like: 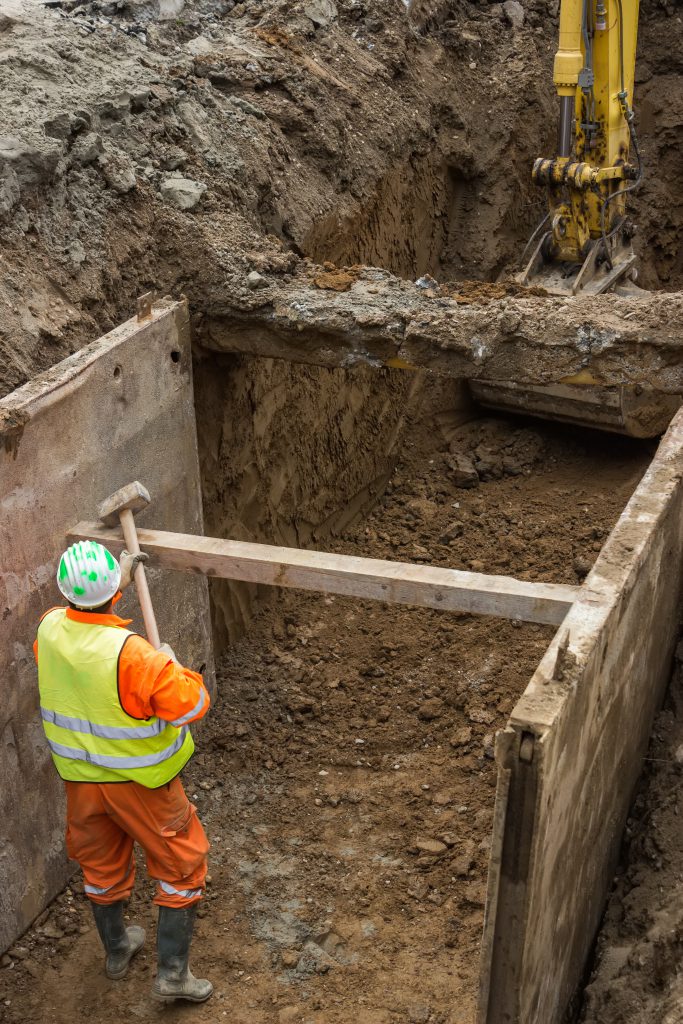 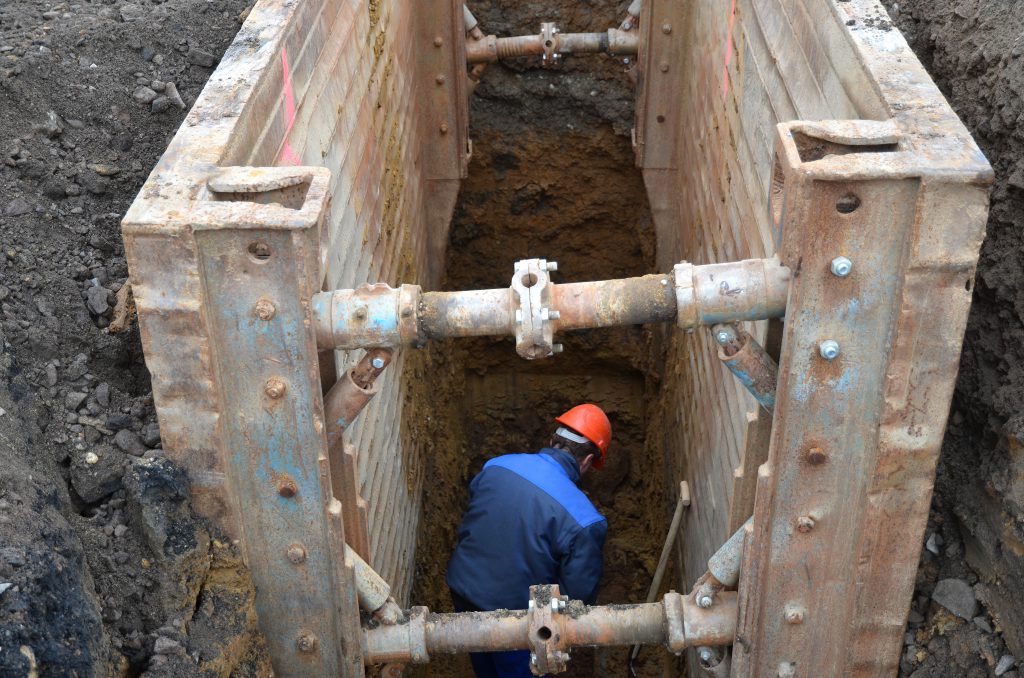 The (then) District Attorney, Cyrus Vance, had this to say about the incident:

“Carlos Moncayo’s death at a construction site was tragic, but it was also foreseeable and avoidable. As detailed in court documents, repeated warnings about safety hazards at 9-19 Ninth Avenue were issued in the months, weeks, and even minutes before a trench collapsed, killing Mr. Moncayo.”

Following the incident, Cueva and Prestia were charged with Manslaughter, Criminally Negligent Homicide, and Reckless Endangerment for their roles in the trench collapse. In late 2016, Cueva was convicted on these charges and sentenced to one to three years in jail. Meanwhile, Prestia received probation and community service as penalties and the general contractor, Harco Construction, was ordered to fund public service ads.

What is Carlos’ Law?

In response to Carlos’ tragic passing, lawmakers got to work and crafted a bill to increase penalties on construction firms deemed criminally liable for incidents and deaths that occur on their project sites. The bill spent years in limbo but has now been approved by lawmakers. Pending Governor Kathy Hochul’s signature, Carlos’ Law will raise the maximum fine for criminal liability in construction from $10,000 to no less than $500,000, or $300,000 in the case of misdemeanor.

This is an essential step towards enhancing the safety of construction sites in a state where, since Carlos’ passing, there have been 74 further (and preventable) deaths. Worse yet, a disproportionate amount of these victims in fatal construction accidents are of Hispanic descent.

Construction safety is everyone’s responsibility, but, with the passing of this bill, general contractors have an increased burden when it comes to ensuring the safety of workers on their project sites.

Here is what contractors in the five boroughs can expect in the wake of Carlos’ Law:

Since Carlos’ passing, the New York City Department of Buildings (DOB) has taken a more active approach to site monitoring, by urging workers to report unsafe working conditions directly to the DOB, rather than to the contractor managing the project.

In fact, recent spikes in incidents on New York construction sites have prompted a zero-tolerance push from DOB officers in the state. In Q3 of 2021, the DOB inspected 7,500 building construction sites, leading to more than 3,600 safety violations and 1,500 stop work orders.

With more frequent monitoring comes the likelihood of more frequent fines from a variety of regulatory bodies and authorities. In addition to the fines associated with firms found liable for criminal negligence, there are several other fines that construction firms need to cognizant of, including:

Though many firms allocate a budget to compensate for these fines, a more proactive strategy is to install preventative safety measures and leverage construction technologies that protect firms from the risk and liability of these fines.

How to Protect Your Firm from Severe Penalties

Carlos’ Law represents a 50x increase in fines for New York-based firms. It is imperative that general contractors take every step at their avail to prevent the risk of incurring these profit-destroying fines. Below are five safety and technology-related steps that firms should consider implementing in the face of Carlos’ Law.

With increased pressure on construction firms in New York to facilitate safe spaces for construction workers, it may be time to audit or improve some of your safety programs and initiatives.

Here is how to revamp your safety processes:

Based on reports from the private investigator on the scene the day of Moncayo’s passing, it seemed as though work was behind schedule and workers were rushing to catch up. By carefully monitoring project timelines, general contractors can more carefully deploy labor and prevent the need for any “rushed work” from their subtrades.

The need for rushed work on construction projects can be mitigated through careful project planning. Some of the best steps you can take as a general contractor are as follows:

Furthermore, many contractors do not realize that rushed work and overcrowded workspaces reduce productivity on construction projects. A University of Wisconsin- Madison study determined that the minimum amount of working space required per construction worker is 200-250 square feet. At every point below that that margin, efficiency is lost, with 50% of total efficiency lost at 90 square feet per worker (on projects that range in size from 2,000 person-hours to 150,000 person-hours).

Learn more: Trade Stacking in Construction: What It Is and How to Avoid It

One of the contributing factors to Carlos’ death was the fact that he was unable to understand communications that were issued by the site manager, directing workers to move out of the hazardous trench.

Had more effort been made to educate and communicate with workers on-site in their native tongue, the loss of Carlos’ life (and others like it) may have been mitigated.

myComply enables general contractors to improve their worker training initiatives by creating digital onboarding programs in multiple languages. These orientations are also an opportunity to clarify key worker details, such as language and communication preference, which are then stored on worker profiles that can be accessed from any smart device.

Other benefits to using orientations technology include: 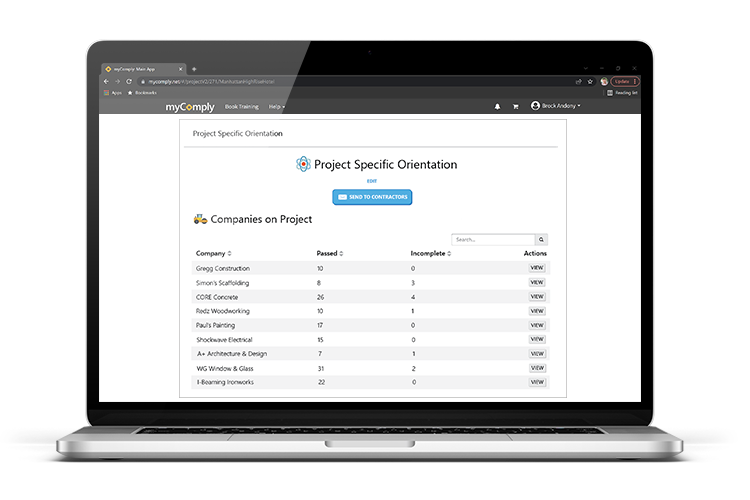 In addition to practicing safe working procedures on-site, the best way to protect your firm against non-criminal DOB fines is by having a digital log of all workers active on your project as well as their approved certifications.

This protects general contractors from fines stemming from site inspections as it allows them to produce digital copies of training certifications for every worker on-site, whether they have those certifications on their person or not.

This also helps to protect general contractors in the event of an incident on-site. If a worker is hurt or killed on your project site and legal action ensues, then it is critical that contractors have all the information they need to be legally defensible in a potential trial.

Some of the most frequent legal questions to arise in the wake of an incident are as follows:

Tools like myComply prepare general contractors for tough questions like this by storing all this onboarding, training, as well as time on-site data in a cloud database.

The loss of Carlos Moncayo’s life could have been prevented. Whether you are a construction worker, a subcontractor, a general contractor, a state agent, or otherwise—we all have a duty to take every step we can to enhance site safety while also ensuring that project outcomes are, to the best of our abilities, met.

If you are a general contractor, leveraging the tactics contained within this article might be the difference between finishing a project on-time and without incident or suffering tragic loss and facing fines at 30-50x previous maximums.

myComply is intimately involved in the New York construction space, being the technology provider for the new Training Connect SST card program. We also work with dozens of the leading general contractors in the state to build digital orientation programs, automate timesheets and monitor worker movements, and implement certification-based access control protocols.

If you would like to find out more about our industry-leading construction workforce management software, then book some time with a product expert today.