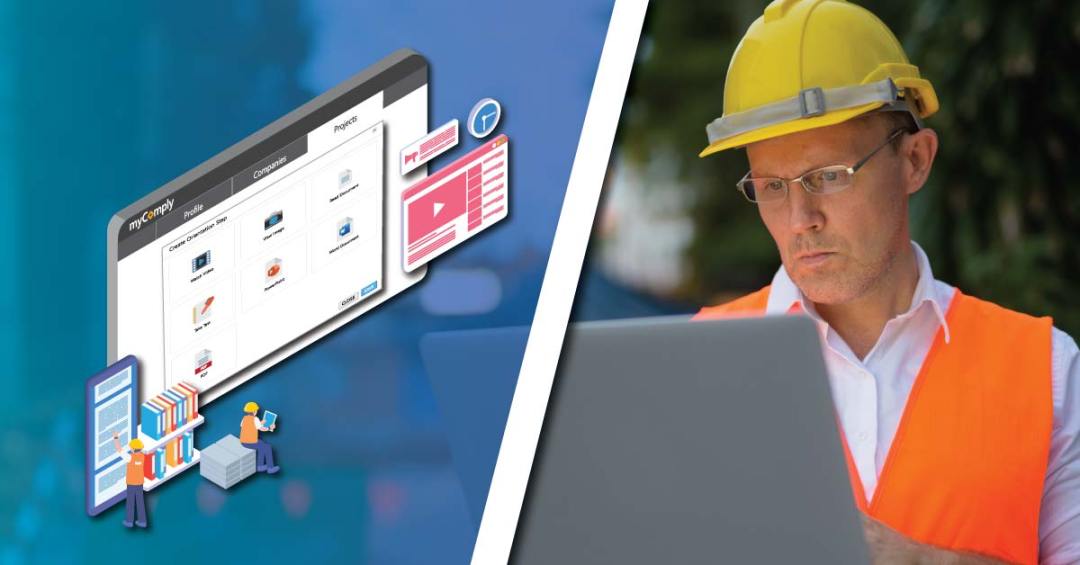 Site-specific orientations in construction aim to qualify workers for conducting safe work on a jobsite. A completed orientation is a prerequisite to being allowed on-site and builds foundational knowledge that aims to keep workers safe and working efficiently.

Orientations can be time-consuming to administer, and often involve a lot of coordinated effort by the team managing a construction site (usually the General Contractor). Although a proper orientation is incredibly essential to project success (and is even mandatory under most construction insurance arrangements), a lot of time is often wasted during the orientation process.

This article looks to uncover inefficiencies with the traditional approach to construction orientations and explores time-saving technology to help carry out the orientation process on construction sites.

We uncover the traditional orientation process in greater detail in our new contractor orientation article, but it’s important to revisit the standard procedure of administering orientations on construction sites.

The traditional orientation process involves a variety of stakeholders and individuals responsible for overseeing the operation. It’s labor-intensive, and often pulls critical site managers away from other tasks to execute or lead the orientation. A traditional orientation experience might look something like this for a worker arriving on-site for their first day:

1) The worker arrives to site with little or no direction

3) The worker fills out various paperwork (name, work history, certifications, and other info)

>  If/when the information is verified, the worker then proceeds to orientation

6) The worker sits through orientation, typically lead by the site safety manager or project manager

7) The worker verifies learning, via quiz or acknowledgment of participation in orientation

8) The worker is approved, or is deemed not ready

As you review the traditional way of doing things, you’ll noticed that there’s a lot of waiting involved. The worker going through the orientation must wait, a lot. The worker shows up to site with little or no direction, and they pace through a maze of tasks to become oriented for the jobsite.

Obviously, most General Contractors performing site orientation will do their best to line-up worker onboarding for a group of workers and not just one worker at a time. Although the orientation often takes place in groups, there are still many flaws that can be highlighted in the process.

Here is some of the spill-off waste from the traditional orientation procedure:

A Lack of Transparency

Traditions are important, like Sunday dinners, Fourth of July celebrations or celebrating milestone anniversaries. But are traditions necessary when it comes to construction orientations? The construction industry should feel uncomfortable about using traditional method of administering orientation. A process stuck in the stone-age, plagued with inefficiencies. 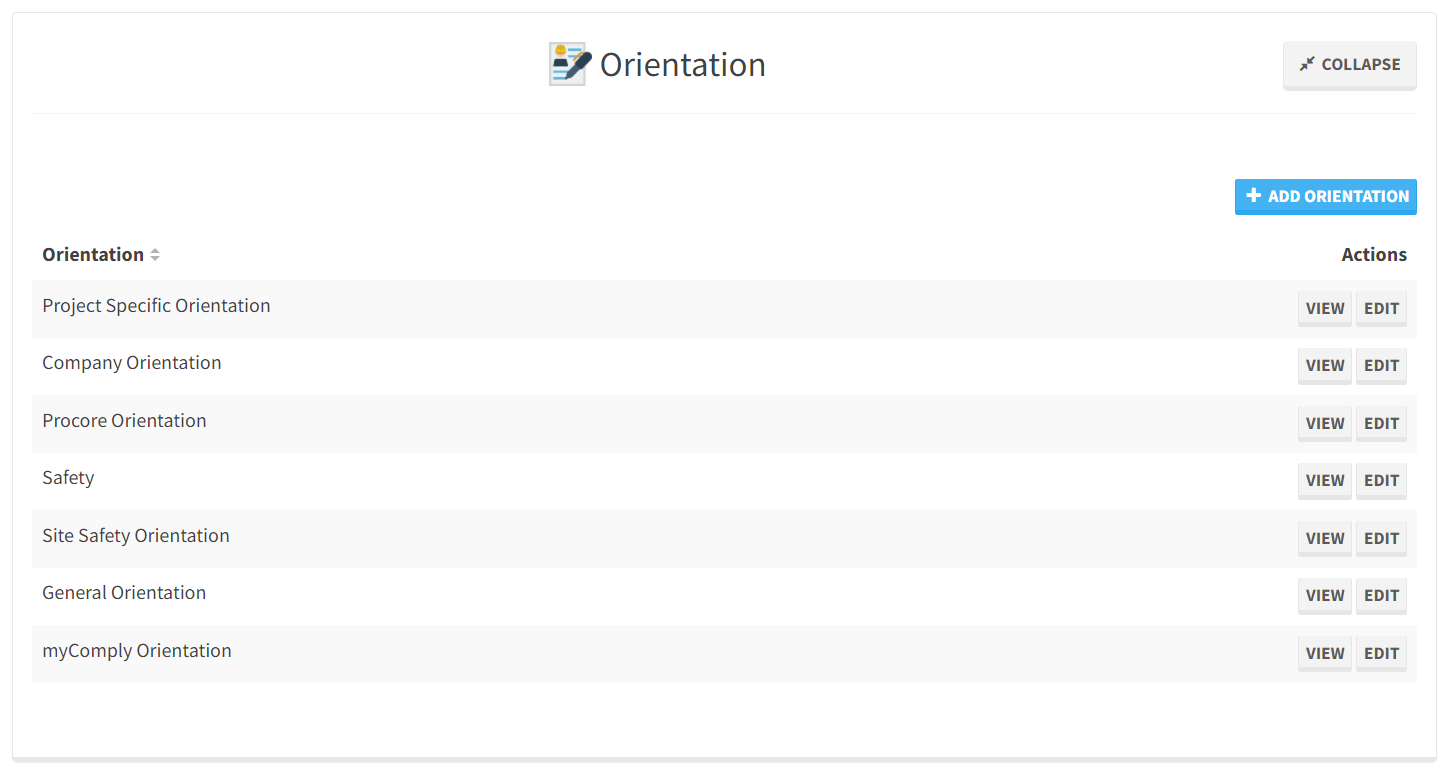 Build numerous online orientation courses with myComply. Safety courses, a general company orientation, or site-specific orientations can all be created with myComply. Build as many courses as your team needs and customize each course accordingly.

Worker participation can be verified with a user’s webcam and a virtual signature. Workers taking orientation remotely will need to sign and verify their identity while taking a course to prove their participation in the orientation process. 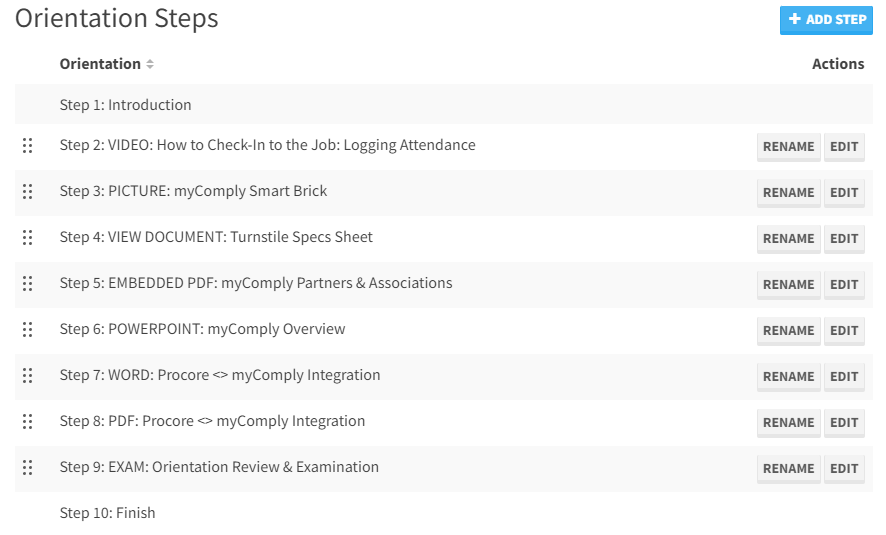 Customize the entire course and specific modules. The orientation process might walk a user through various documents, videos, slideshows, and it could also include an examination at the end of the course. General contractors can create as many (or as few) course modules/steps as they deem necessary. 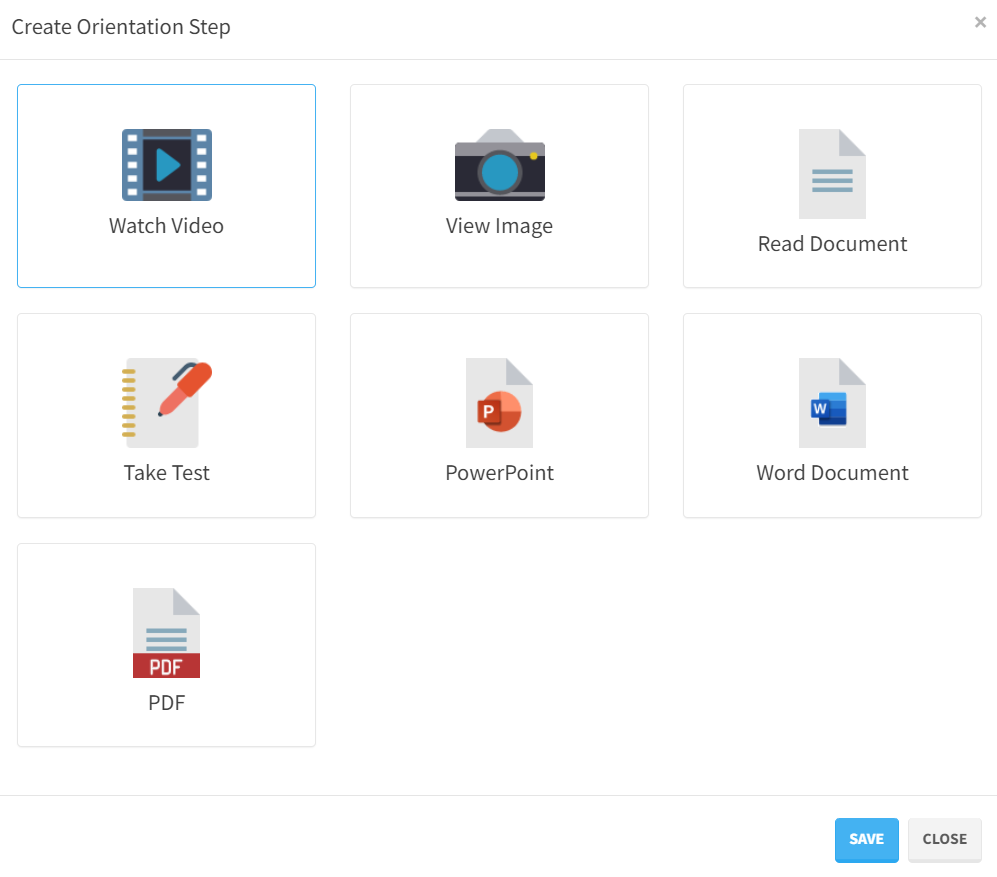 Modules/steps in the orientation can come in a variety of forms. Documents, images, videos, and more can be included to ensure a comprehensive learning experience. 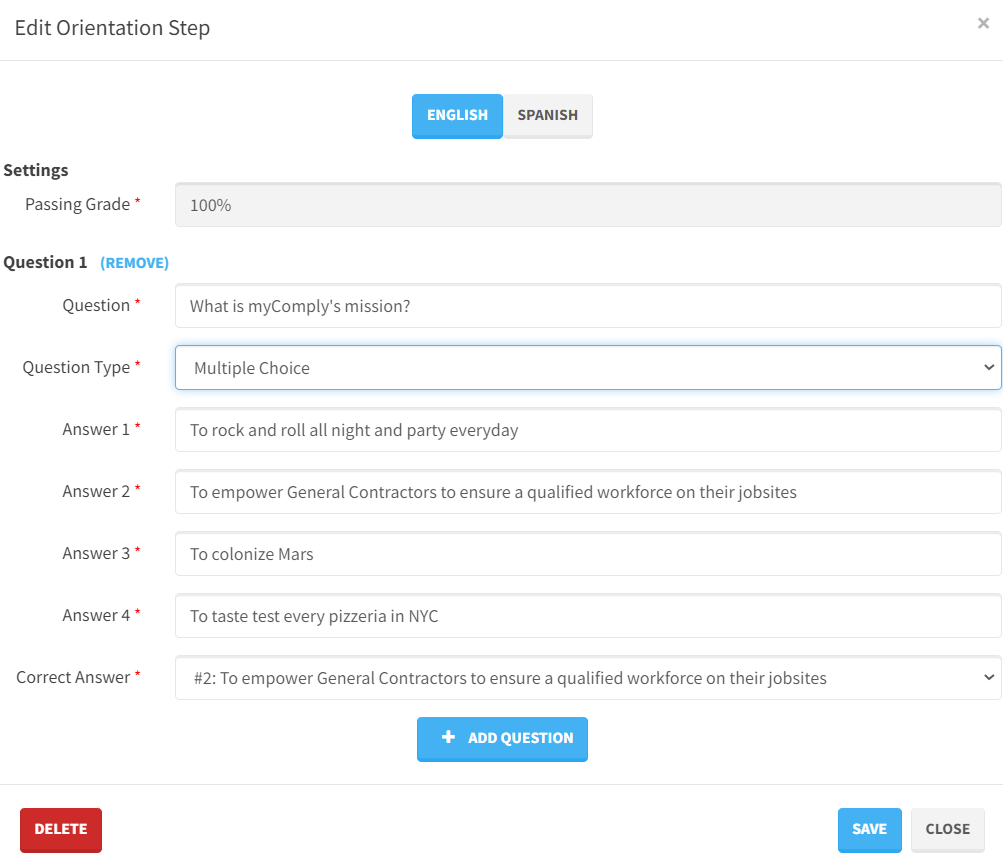 It’s one thing to educate a worker and another thing to ensure retention of the course education. With myComply, users can ensure course materials are understood and that expectations are properly set by building custom examinations for worker to partake in.

Some key exam features include:

Select from a variety of languages to administer your orientation in and build examinations around each language. Whether it’s English, Spanish, French, or other languages, myComply ensures that workers from all backgrounds can participate in the orientation process. 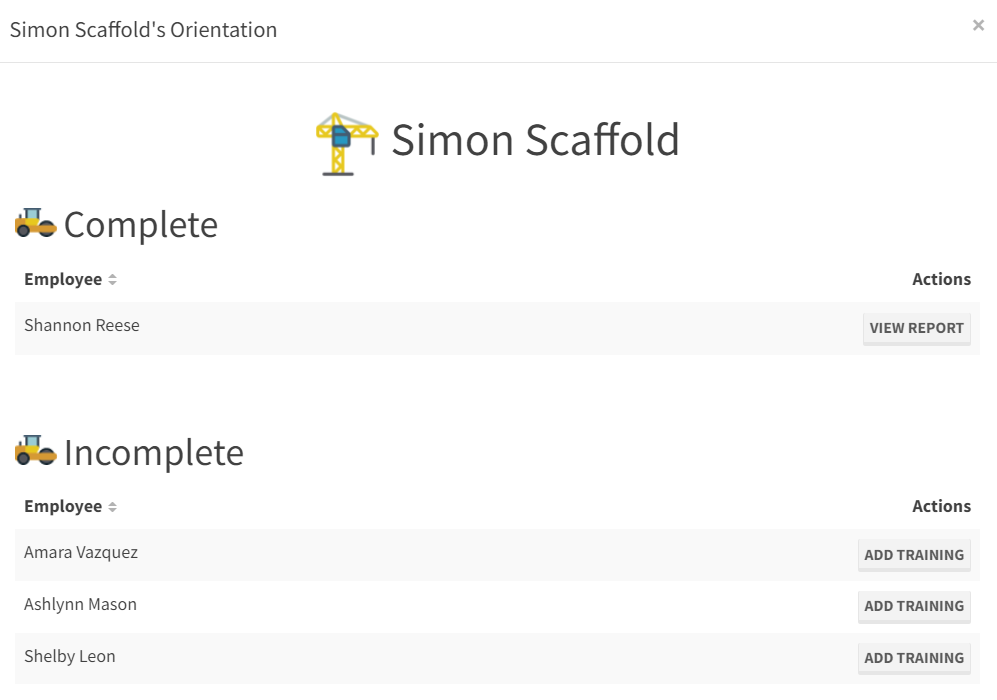 A general contractor must always know who has completed their orientation and who has not. No worker should access the site and perform any work before their orientation is complete. myComply gives real-time updates to General Contractors as to which workers are fully onboarded and which ones are not.

We’ve explored what the process looks like for the General Contractor. But, what about the Subcontractor?

The orientation is quick, and the steps are simple to understand. This video shows an example of a short orientation course with videos, documents, and a 1-question multiple choice exam to review.